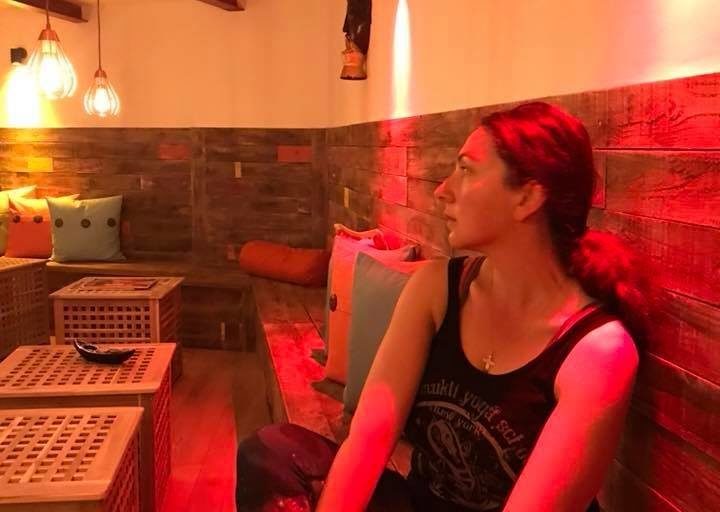 The UK is snowed under… courtesy of the Siberian winter winds to the direction of Europe, there is a millimetre of snow in Manchester if you look hard for it… although the force of this millimetre seems to be powerful enough to ground trains, buses and cars, at least in England.

One by one, I found myself pulling back warm sweaters, woolly hats and socks from the “winter department”, that is an IKEA folder shelf hung inside the wardrobe, which had been carefully packed away with the first sign of mid-February sunshine.

As a result of being snowed under, there is a change in the scheduled arrangements. We are not going to pay a pre-arranged visit to Alan’s clients in the South of the country, and there is definitely little point in driving
through deeper into the North for the same purpose.

“It’s part of being in the flow” experiment, Alan smiled at me as I was mildly complaining about… well everything, from having to revisit the winter wardrobe to having a moan how not much had been happening in February for my monthly status update.

I finally acknowledge that not much happening can definitely be part of being in the flow, and with that thought in mind find myself scanning back through February events. At a quick glance down at my recent memory lane, not much has been happening indeeded… I guess redecorating the apartment, from strictly bohemian to boho meets urban modern is hardly worth mentioning as an event…. Suppose a day trip to London for Alan’s 55th could count as an event, it was fun after all, “ah London, I moved on but you will always be my home”, thought to myself… Still chewing over the fact that the sabbatical is on hold… maybe I’ll know when the time is right…

It’s been a busy year so far though, working for yourself that is never a bad thing, so no complaints…

There is another daily “event” that has been taking place in the background though – daily meditations, well, more of an attempt really to meditate. According to my green meditation guide book, I should be sitting in a quiet meditation for at least 15 minutes, instead, I average more like 7 minutes before I blink my eyes open and instead of heading to the meditation cushion upon rising, as per the instructions, it takes place some time after breakfast and before heading to my office. But, the point is, I am definitely keeping up with this ritual and it is one event that really sticks out of my otherwise uneventful February.

Meditation is not entirely alien though, I have been a casual meditator, typically in times of micro-crises, the relationship itself between me and the meditations has been interesting as well, gradually it took me from being a casual to more consistent meditator some time last year, although admittedly, it was more of a barter with an invisible… force, something like… I’ll meditate in exchange of getting my specific desires being met by such and such date… eventually, when that date had passed without successfully realizing my obsessive wishe(s), I decided to take the responsibility in my own hands. I took a deep breath and admitted to myself something I’d always known inside but resisted all the way, which is the simple truth, the biggest thing I can ask for is to use my own inner
guide, to listen to my mind, yet follow my heart and trust that where I end up is exactly where I need to be, or rather where I am is precisely the right place to be.

More I think about my daily meditation rituals, more I realize, this is the habit I am happy to have stuck to daily for many reasons, but mainly
I realized how obsessive my previous demands for future desires had become, those obsessive demands I put on myself somehow took me outside of my own self and made me more disengaged person with myself. I have started to realize how easy it is to listen to the voice outside rather than the voice inside, and I guess that realization was exactly what I needed in order to question my previous habits and to help me reconnect back to my thoughts, mind and heart.

So with that in mind, I have nothing else to add but thank you February for your lessons in love.

See you in March