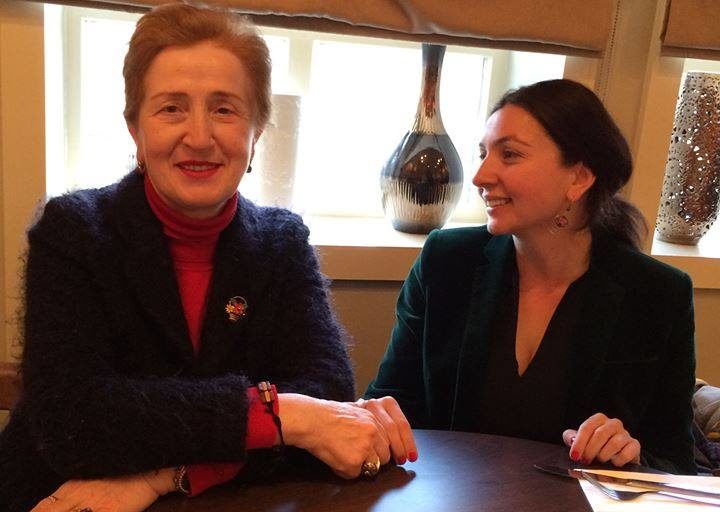 There was not a pandemic in the 90s but for me and 5 other million people like me, there might as well had been.

My teenage years, the early 20s, are associated with the post-Soviet Union “economic pandemic” in Georgia, where I am originally from.

There was almost non-existing employment, I did not know what was the meaning of the social security (it did not exist), heating and electricity was a luxury, ambulances did not have petrol to drive to the unfortunate who fell ill.

War was going on in 2 different parts of the country and because the law and order did not exist mafia run riot.

On top of that my father died and at the age of 45 my unemployed mother became in charge of looking after her elderly father and two teenage students (myself and my brother).

It was as bad as it sounds.

My mother managed to do more than survive, in the middle of the “economic pandemic”, slowly but surely she started to first survive, then get comfortable and eventually when the economy recovered, and the mafia was gone she was ready to thrive.

Today she drives brand new cars paid in cash, lives in a beautifully decorated townhouse that she recently extended, paid in cash, travels for leisure, is high in demand at work, always ready to help anyone in need, and refuses to watch the news or TV in general.

She achieved that by preparing for the recovery, turning everything she could into an opportunity.

While many complained about the economy, the government, and the conditions, she devised first survival, then how to thrive plan…

I remember when my dad passed away she had $500s in her hands that friends and families gathered in support. Instead of doing what many desperate recently widowed would do, spend, she decided to invest… not in one, but in three business ideas.

She searched actively where she could invest and she did, as the tiny returns started to come in she did not just spend money, she kept reinvesting over and over.

She also got herself a job, an accountant at the dentists, which paid her a small salary, so small that many said there was hardly any point in taking the job because it would cost her money to travel to work. Nevertheless, she took, kept expending the contacts and within just one year in times of heavy unemployment started to work in a newly opened business, which in time grew to become one of the most successful multimillion-dollar businesses in Georgia where she still heads the finance department.

Many think she got lucky, but I know she did not.

So what did I learn from my mother’s stories?

1. Any “economic pandemic” eventually recovers, but only if you are ready for the recovery will you thrive. Yes, many businesses will be busy shortly after the doors re-open but what happens beyond? Because the initial rush of being busy will run out, will you be left with the same old business or could you really start to thrive?

2. Don’t be a fantasist – Mum calls people with no plan “phantasists”, I’d like to disagree but believe she has a point. Having a basic plan of how to buy a dream home in cash helps (or whatever the goal).

3. When the money is tight, make every pound count, and when the money arrives don’t just spend it, give purpose to every penny. For example, many businesses will get some form of government support, make a point to spend it wisely so that it eventually starts to multiply.

4. Invest and re-invest, Don’t just count money in hand, see beyond. Investment does not have to be in the Stock market, a good book can be the most valuable investment you will ever make.

5. Be open to the ideas and changes, we’ve all seen how soon things can change and how fast we all have to adapt to the new realities. Learn to turn current conditions into opportunities. For example, can you educate yourself about one new area of your business so that when the doors re-open you can be ready to thrive?

I remember in my late twenties working in the City of London, despite earning a high salary, I somehow managed to break even the end of every month, frustrated, I asked my mother how she managed money so wisely… She gave me the best advice I could have ever received… “You just have to do it”, she said.

It’s not that we don’t need to read a book to learn something new, or get help from mentors or attend a workshop, but in the end, to do something there is only one way to do it, just do it.

I hope some of those tips can sound relevant, they always help me.