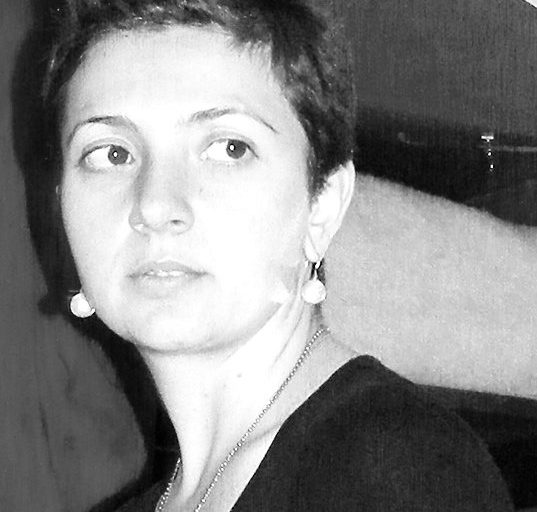 I wrote this note in 2009, exactly 9 years ago, (came across it accidentally). Today seems an appropriate day to reprint (unedited).

“I can’t sleep so writing instead…

…They say when the nation is old that makes people of that nation very proud, and I am incredibly proud to be Georgian. Georgia – little dot on the map everyone forgot about, but still the most beautiful country on the planet Earth!!

Dad used to say …proudly, I was born a girl by mistake, thought was too brave, daring with a free spirit..well was proud at least until he eventually had enough of my free spirit anyways 🙂

Mom made me believe that anyone could and should achieve anything in this life!

Happy, normal childhood, loved and cared… same goes for teenage years, tried my first cigarette at 14, partied lot….kissed wrong guys, felt in love, failed exams, hitch hiked constantly …with zero sense of fear that jumping in random strangers cars could have been dangerous! And yes was always in trouble with my dad! 😉

…I also became friends with a neighbour, lady in her 50th at the time, Physicist – she was the first one who explained to me how we were all nothing but Pure Energy, talked about atoms and the universe, I just liked listening and it kind of made sense without making sense…

Grandfather brainwashed from the childhood to break free, never got tired of explaining that the progress would never come by staying in a small country where not much was happening…and guess because Shakespeare was and is still his favourite believed England would be an ideal place for me to be.

And there was not really happening much in Georgia, or the opposite was happening a lot! Revolution, the collapse of the Soviet Union, government default, a country shaken by war(s), unemployment, inflation, no heating, electricity and long lines to buy bread…. it is still surreal… I remember exactly what I was doing in the precise moments when the history of those years had been written!

We had fun regardless, laugh and happy days, with no money me and my friends jumping on night trains, heading towards the Black Sea, and having the time of our lives.

Dad passed away when I was 18. Took some time to find my way of accepting! But now in the moments of despair when my prayers take all kind of forms Jesus, Shiva, or whatever… I know that above all, prayers go to dad and it is him helping and protecting me from the less known world!

… Back in my mind a voice always kept screaming “get a life, break free”. So when the time came I could only choose and move to England, I said was brainwashed, did not I?

…It took me one year but saved some money, bought a ticket and landed in Heathrow 8 years back. I fell in love with London, I felt welcomed, accepted. I also found myself with only £300 pounds in my pocket and with a big stamp in my passport No Right to Work.

I was told I could only hope to work in the pub collecting dirty glasses, ye not even as a barman or maid 🙂 but it did not matter who said what, what mattered was what I thought! I looked up at tall buildings in Canary Wharf and said to myself “I refuse to believe that everyone else here is smarter than me”, I genuinely believed that if anyone could live like a “normal person”, I had equal rights to be one of them!
I’ve always dreamt about studying at the university in London when I was a kid, it just sounded way too cool to give up on that dream. I also saw myself working in “posh offices”, wearing a suit and looking extremely busy woman!

I found my first job in the publishing house in Angel, just after 2 weeks, I came to London. I saw the Ad in the International Students House looking for part time staff to help with the databases, I called the guy who asked me to email CV…I said OK but instead went to his office and knocked on the door. He was angry I turned up without an appointment and without sending CV but I was there, so had no other choice but to interview me. I worked for him for about 10 months, later he helped me, gave references for the University… and of coz I saved myself from clearing the glasses in the pub.

I did not have £11,000 to pay for the Masters I wanted to do. But I still applied for the courses, pretending “as if” I had money, I just refused to believe that because of lack of money I had to give up on my dream. I passed pre-university exams, still pretending I had money…well now I know that we get exactly what we wish, so the universe gave me all money I needed to study exactly the course I chose.

I met my first mentor and guru, Joseph Tanega in the University at the right moment when my self-esteem was bouncing between optimism and pessimism about my future. Now I know that someone will always come to you when you need help, just have to accept them in your life, and it seems like Joe was on a mission to save me and give me back my faith in my life dreams.

I quit smoking, after all, did lots of sports. I would naturally and by all definition and every time went to Waterstones or Borders find myself staring the sections about Spirituality. Alexa gave me a book by Dr. Brian Wise, that was the start, I read and re-read spiritual books and laws of success.

Oh yes, eventually British Government decided I was Highly Skilled and good for the economy 🙂

I got a job! Exactly as I imagined, finally started my career in the city, was great, met amazing people, I was just lucky, chose the right company and the team to work with, Tim, Paul, Matt, John, Kim to name some.. you don’t have to do anything, but just by being who you are you already make difference in this life, and I’ve watched and learnt a lot from the people around me, people who were happy, successful, none judgemental to mention some qualities, for the rest I did not care much.

I also found Yoga. It was the defining moment in my life. I was searching for something, trying all sorts of things, but the moment I stepped into the class felt as if someone plugged a missing part in my body. I did not know what and why I felt the way I did but I did know it was too important to give up. So I became obsessed with yoga, practiced daily, went to retreats, became vegetarian…

Yes I did achieve things I wanted to but that voice in my mind never left, “get a life, break free”, and I did know that wearing a corporate suite, and looking extremely busy was not the life I wanted after all. I’ve also observed that most happy and wealthy did not really work that much, they could take holidays, worked from home, had money to travel. So I just started to ask myself what did they know that I did not!

There was the second defining moment in my life. I read “The Secret”. Suddenly realised that I stopped wanting things after some time in my life, and guess what? I had what I had, no more no less…

I had lots of attachments to the life I had, job, people, environment, I was too attached to them because it was the life I created for myself and was and still am incredibly proud of! But every single cell in my body screamed it was not the life I craved for.

So I decided had to escape. Since I had no idea how to I Googled “How to start a business in London”. London never disappoints me, so many cool events are happening and they are free too. So I went to Business Start up events organized by Business Link. amazing, inspirational, I felt out of place a bit though as people were asking about my business and I did not even had an idea what I wanted to do, was fun though:)

Eventually came up with 9 ideas, all around food and opening my own vegan cafe. It really excited me, I was going for it, did lots of research, joined British Library, attended events, even checked out catering suppliers, looked for space to rent for the cafe, yes exactly following my intuition and pretending “As If” I had all money I needed to open one. Eventually decided to test the market and started trading food on Sundays at Petticoat Lane, was a wrong market for food, but also the only market available and I just wanted to take a step forward without waiting for the perfect moment…

…After all, I developed a habit of doing things without good reason when every single cell screams for something I surrender!

I decided to quit the job, I mentally let go of it but how I had to pay bills, send money to my mother.. bank refused a loan, crunch… and was just no way out. Well, again I thought I’d do something “as if”. Everything in my body was asking me to go home, to Georgia. So I booked a ticket and went home, I had no idea why I was flying, but suddenly on the plane, I realised I knew exactly why I was going home, I just knew I would find the way to quit my job and twist my life into different direction!

…When I lived in Georgia I worked for one company, I always admired the director, he started his business out of nothing… and in Georgia in those years when nothing was happening, but he built a multi million empire. That was not the only reason why I’ve admired. He is wealthy, spiritual, has four children, beautiful wife, and a happy family. I just felt like keeping in touch with him even though I lived in London. I would always make an effort to visit him once a year, even if it was for 5 minutes. I did that time too, he asked me about my life and I explained wanted to quit my job because I wanted to have my business and was looking to find the way out somehow. He asked how much money I would need, I explained to him how much I would need to live in London, invest! He said “OK I will give you the money you need, take it if you win you win if you lose you lose!”

I have to say: People don’t help because they have millions; they do because they want and because they trust. And that trust they put in you becomes the universe of all possibilities! I quit my job… established the first company….

I am still writing my next chapter in my life, and go through moments of frustrations as I do, but there is one thing I am very clear about, there is nothing frustrating about designing your life even when you are frustrated!…

I just love my life and give thanks to all of you around me!

P.S. Little update from the note… it pleases me to say that Georgia no longer appears as a little dot on the map, over 6million tourists visit every year, people build, create, travel, and the future seems brighter.

Also: What I Have Learnt in the Last 20 years.